Abraham Ojanperä (1856–1916) was born in a peasant family in Liminka and became the first Finnish male singer of peasant background who have been educated at a foreign conservatory (Dresden, Germany). He returned to Finland in 1882 and accepted the tenure of teacher of vocal solos at the Helsinki Music Institute (now Sibelius Academy). Ojanperä’s work as the first tenured and Finnish-speaking vocal solo teacher would become groundbreaking. In 1892 he started as the cantor of the newly built Saint John’s Church in Helsinki. During thirty years of his teaching career Abraham Ojanperä taught many generations of singers. He was also one of the first recording vocal artists of Finland and mostly recorded folk songs and the new songs of young Finnish composers such as Jean Sibelius, Oskar Merikanto, Armas Järnefelt, Erkki Melartin, Otto Kotilainen and Armas Maasalo.

Abraham Ojanperä spent a lot of his summers in the music centres of continental Europe, but as he got older, he started spending more time in his Aappola villa in Liminka. Villa Aappola is built on the land of Ojanperä’s homestead, originally farm belonged to the singer’s sister Anna, but later Ojanperä possessed it. He built a romantic style villa part at the end of the house between 1908–1910. He also returned to recovery to Aappola when his health suddenly got worth in November of 1915. 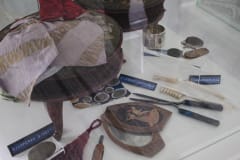 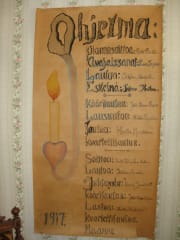 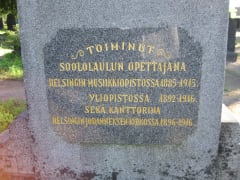