Liminka is one of the oldest congregations in Northern Ostrobothnia, it became independent already in 15th century.

The present church in neoclassical style was completed in 1826 year and it is fifth consecutive church standing at this place. Three churches burnt to the ground in 1496, 1589, 1592, fourth church was demolished in poor condition in 1825 year, when current one was almost completed.

The first drafts of the church building were prepared by Charles Bassi. Final drawings were made by A.F. Granstedt, a student and colleague of Carl Ludvig Engel in 1823. The detailed design of tower of the chirch belongs to C.L. Engel himself. It is quite remarkable that the most famous architect of Helsinki was part of the construction.

The altarpiece of Liminka church “The Glory of Christ” was painted by Oskar Nylander in 1849, this painting is his last remaining work.

The other paintings “The Last Judgment” and “The Crucifixion”were painted by Petter Bergström in 1741 for the previous church. The paintings were found under the floor of current church during renovation.

The pulpit was made by Johan Kyntzell, a carpenter from Kokkola, in 1727 and has been moved from the previous church as well. The organ was built in 1899. The front facade of the organ is original, but the 20-voice machinery was completely rebuilt in 1971 in Kangasala organ factory.

The church museum preserves the fragments of the altar wall from the previous church. 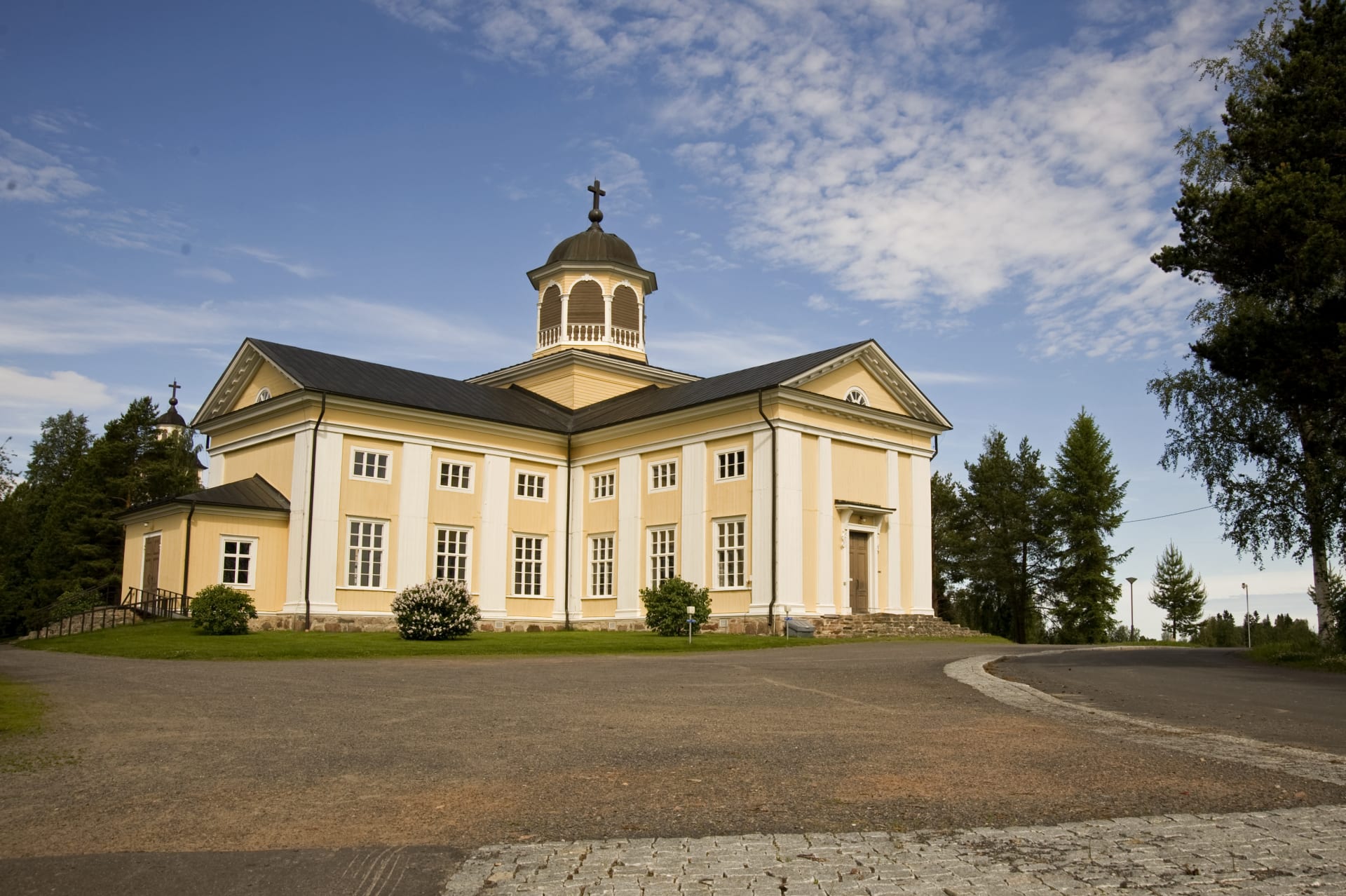 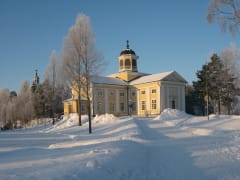 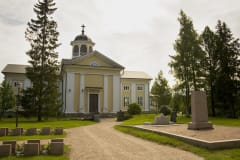 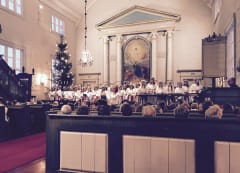 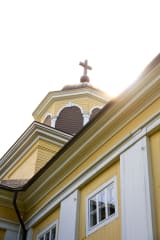 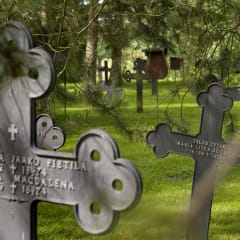