Liisanlinna is an outdoor adventure park. It’s a five minutes drive from Liminka town center. And it is the only wooden castle adventure park in the World. 🙂

In autumn of 2000 year entrepreneur Markku (“Make”) Korhonen had the idea of building a castle. He drew the sketch on a small piece of paper and put it in his pocket. This idea and piece of paper were the birth of Liisanlinna.

The construction of building started in September 2000, and so far it has been going on for about 2,000 hours. Liisanlinna castle mostly build from recycled materials.The castle was named after the lady of the house, Liisa.

It has its own coat of arms, flag and coin. The castle is available for visiting by groups (min. 10 persons) on-demand by contacting the Castle Bailiff. 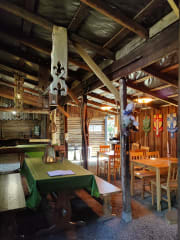 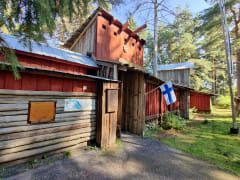